This past weekend we in America recognized a special day for our nation, that of

honoring those heroes in past wars and conflicts, Veterans Day. But this year, that

those nations who benefited greatly from American sacrifice in blood and treasure.

protect themselves of 'threats' from Russia, China and, yes, the United States.

Has FRANCE EVER BEEN GREATEFUL?

Think of what Macron said for a moment. Let it sink into your mind deeply if

your family had a loved one who fought in either WWI or WWII. And, coincidentally,

as we all know, both wars occurred in and around France. For much of the first half

of the 20th century, it seemed America was involved with trying to protect and save

France from the vicious forces of Germany and their pals like Russia and others.

Each time that America was instrumental in the defeat of Germany, one would think

a French culture and not that of a German. No disrespect intended to Germany.

But, one has to ask themselves has France actually felt grateful for America's

military might coming to their rescue, or, have they been feeling resentful toward

military opponent against foreign adversaries, requiring major assistance from the

U.S.? No doubt France was greatly humiliated when made to surrender to Germany

in WWII in the same railroad car that Germany was made to surrender in WWI.

several decades now. Are there other factors that would have caused the French

President to believe that Europe is in need to protecting themselves from the U.S.?

order(NWO)is necessary, "...it is primarily associated with the ideological notion of

global governance only in the sense of new collective efforts to identify, understand,

states to solve." These globalists have decided that, specifically, a nation such as

to re-establish some sort of balance of power. And, several American presidents have

said nothing to counter this thought, in fact, one, George H.W. Bush, has mentioned

it in rather positive tones. Many European nations seemed to have thought that the

U.S. has been receptive of the NWO theory and that America was well on its way to

has in their open-border policies of the European Union. Ahh, but one, President

Trump, has had no such beliefs in those NWO ideas, and he will not hesitate to say

making fans among the many leaders of the European Union. In fact, his

stance in stone. His withdrawing the U.S. from the craziness of the Iran nuclear deal

agenda much to the dismay of many European nations. And why, well, apparently,

with America's economic and military might on the rise, nations are no longer being

able to use the U.S. as their personal ATM in the form of trade imbalances or paying

lower than required NATO expenses. One major side effect is those member nations

the military power of America as their common shield against potential adversaries.

Ok, so, look it. What is all this about? With the America First path that President

Trump has America walking, it is understandable how various leaders in the

European Union would be upset. However, the time has come and gone for those

nations to take more responsibility in their security and economic welfare. After all,

wasn't that what the EU is all about, strength in numbers and their working together

for a unified Europe? America should not have any bearing as to how that works.

And if leaders like President Macron is resentful how the U.S. is not warming up to

the globalist concepts of the NWO, well, tough. But it is understandable why they

would feel this way.

Having noted this, let's get back to President Macron and his suggested European

military, and the reason he believes it should be created. He feels Europe should

protect themselves from among others, the U.S. This has to be the biggest insult ever

made against America's veterans and their families. Me personally, my father was in

the famed 82nd airborne, dropped behind enemy lines in the Normandy invasion-D

Day. They were dropped like sticks in the wind, hoping that most of them would be

able to re-gather for a respectable fighting unit...well, most of them did. My dad was

captured, but in short time, he and others were rescued, but not before having the

look like a birthday party. Later, in heavy combat, my dad was wounded seriously,

losing an eye and several feet of his intestines, escaping death by mere

centimeters...all this before the age of 20. I, like so many others with fathers who

suffered in this manner, are so lucky to be here. So, to dear little President Macron,

extinction, for you to be thinking that you and your fellow Eurotrash partners need

protection against America, if the day ever comes again that the people of France

come crawling to America's door step, begging for help against some deathly threat,

French president said on Veterans Day observance 2018, and will turn away saying,

"Sorry, Francois, we in America are just going to sit this one out, adios..!!" 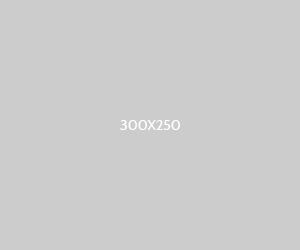